Akron, Ohio – The work of Jill Sadowsky of Ra’anana, Israel, has been published in the current issue of Kaleidoscope: Exploring the Experience of Disability through Literaure and the Fine Arts. Her personal essay appears in issue number 64 of the magazine along with other thematic material representing “Perspectives on Loss.” Her work was selected from among more than 350 submissions considered for publication

Sadowsky, a grandmother of five, works as an English Tutor. Her work has appeared in U.S. Health and Human Resources, Israel Pxychiatric  Journal and Horizons. Her book, Weep for Them, written in Hebrew, was published in Israel. She is currently working on an English version of the same book, entitled originally entitled Not Here to Hold, but which has now been changed to David’s Story. Sadowsky began writing as a way to reach out to other mothers whose children suffer from paranoid schizophrenia, and to fight…

Of course we miss you terribly. We are happy that you have found eternal peace. You bore your suffering bravely and did all you could to cling to life. When you realized that your suffering had no end, you took the only way out. I LOVE YOU.

We thank you for all you tried to do for Doron. Hopefully in time, human knowledge will progress and be in a position to help other seriously ill psychiatric patients. Unfortunately, you failed to give me or my son, Doron, the feeling that you were really trying. Such a feeling would hae alleviated his suffering and may have helped the medication do what it was supposed to do.

To the burial society. (Chevra Kadisha)

I feel that  you could fulfill your duties with more compassion, bearing in mind that you are dealing with bereaved families. Sadly, we found that similar observations made by other bereaved families were justified.

Source: Speak out for mental health

While my son was ill for 16 years, I kept scraps of paper where I jotted down all the crises we all experienced. Using all that information, I eventually wrote a book which I called ‘DAVID’S STORY’, even though his name was DORON. I have blogged for years about schizophrenia and the blame, shame, stigma and discrimination associated with mental illness.

Here is my last blog for this year.

This is the story of one family, the story of millions of families worldwide. My happy, busy, social son, changed. ‘A classic case of paranoid schizophrenia,’ the psychiatrist said. It took a long time before we learned that parents could not cause this illness; that we could not be blamed. We thought he would go into the hospital ill but exit healthy. Wrong. He tried psychotherapy, occupational therapy, dance therapy and group therapy yet he continued to be out of focus, angry, psychotic and paranoid and the army of psychiatric health workers and psychiatrists were unable to help him.

Our teenage daughters stopped bringing friends home. Fear crept in. We attended family therapy at the hospital, told them what transpired when he was home, yet, they sent him home for weekends. BUT, I noticed that in the hospital, the staff always walked behind him.

Meanwhile our daughters did without; without sufficient time from us, without vacations or extras as spare cash went into another prescription, another treatment, and for his psychiatrist’s fees. Our 13-year-old daughter summed it up. ‘IF David’s body were hurting, people would bring gifts and visit him in the hospital, but because it is his mind that is ill, they stayed away.

Our family remained together, took each day as it came, learned to find the positive things in life and even realized how lucky we were to have a father/husband who was so caring,  as well as parents who loved one another. Together, we forged new dreams.

Our son could no longer bear the voices in his head and realized that he was never going to have peace of mind. All he had ever wanted was to hold down a decent job, have someone to love, and … peace of mind. So, he went to a place of beauty; a place suitable for the surfer he had been.

Our son’s name was Doron but when I wrote this book, I changed all our names and called him David.

In January 1996, three  months before his 34th birthday, we buried our son. On that dull winter’s day, the earth that had been dug out stood in a mound ready to be thrown back. For the last time I talked to my son, while in the cold, still air, I heard a thousand birds sing their songs of life.

All the people who loved my son said farewell, even those who had not coped with his schizophrenia but knew how to handle his death. So many friends, neighbors and acquaintances stood, shoulders touching, their breath mingling in the icy air into one great sigh for our loss. I whispered goodbye. So much left unsaid. I ached to see him on his surfboard There was a thud of earth, a marker – and he was gone. He didn’t even say goodbye. In a tumble of memories, I saw David’s superimposed on the painful image of his anguished expression.

David’s Story by Jill Sadowsky, can be bought as a kindle book on Amazon and Smashwords.

When I started blogging, I had a great deal of trouble when posting blogs and there were times when I fought with my computer till the early hours of the morning. But I persevered and at first posted a blog daily. After sone years, I only managed to get a blog to appear three times a week and now, I might have to go down to once a week, which will enable me to write all the stories I have in my head waiting to be put onto my computer.

I seem to be far too busy for a blogging grandma. Please forgive me and thanks for your ongoing support. 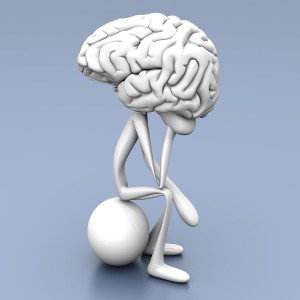 When one’s child starts behaving strangely, his/her siblings feel as though they are in the limelight. They avoid answering questions about their mentally ill sibling. They shy away from the hospital in case they meet somebody there who knows them. And when kids at school make jokes about mental illness, these siblings find reasons to disappear as they do not want to be present when their peers laugh. It’s too hurtful. Kids whisper and pass notes around about people who are cuckoo, lunatic, psycho, crazy, killers, schizo, nuts and maniacs. These are slang words to describe mental illness and bullies as well as regular kids use them out of ignorance because they have little understanding of what mental illness is really about. A person with a mental illness needs the support of his/her family and of their peers. They need the support of their friends and neighbors as well as of their teachers, professors and coaches alike.

How would you feel if you were in the same situation?

The Surgeon General’s Report on Mental Illness states that nearly two-thirds of all people with diagnosable mental disorders do not seek treatment.

Lorraine Kaplan’s son was smart. At 17, he had top grades, was a debater as well as a top trombonist in his school. But, seemingly overnight, he became obsessive and then began hallucinating. ‘The doctor told us that he had schizophrenia and that we would be walking on eggshells for the rest of our lives,’ said Lorraine. ‘He added: ‘I am going to give you some good advice too. Don’t tell anyone.’ So, for ten years they didn’t tell anybody as the stigma seemed too much to manage.  One day, they realized how many people were in the same position and that contributing to the silence was not the way to go about changing things.  So, Lorraine Kaplan became a  vocal advocate, hoping to change things for the next generation, trying to teach that a mental illness is treatable.

Four of the top ten causes of lifetime disability are severe mental illness. At any point in time, one in every ten adolescents are affected by serious emotional disturbances according to the Academy of Child ad Adolescent Psychiatry in the USA. Of  those needing treatment, less than one in five will receive it. Adolescents experiencing a mental illness often turn to drugs or alcohol, or self-medicate.

HAVE YOUR CHILDREN EVER BEEN TAUGHT ABOUT MENTAL ILLNESS IN SCHOOL ? IF NOT, MAYBE IT’S TIME TO START PROGRAMS OF THIS KIND?

The first, he wrote to our son  after he had done the worst thing a child could do and ended his life.

Of course we miss you terribly. But, we are relieved that you have found eternal peace. You bore your suffering bravely and you did all you could to continue living. But, when you realized that your suffering had to end, you took the only way out. I love you and want you to know that both your mother and I forgive you for taking our son away from us.״

“I thank you for all you tried to do for my son. Hopefully, in time, human knowledge will progress to a position where seriously ill psychiatric  patients will be able to be helped. Unfortunately you failed to give me or my son the feeling that you were really trying. Such a feeling would have alleviated his suffering and may have helped the multiple medications you prescribed the possibility of doing what  they were supposed to do.”

TO THE BURIAL SOCIETY.

“I fell that you could have fulfilled your duties with more compassion bearing in mind that you were dealing with a heartbroken, bereaved family. Sadly, we found that similar observations made by other bereaved families were justified.”

I usually blog about mental illness and how our family coped with all the problems it caused both for us and for our son. I have often mentioned how my late husband used humor to get him to smile instead of becoming heated and talk about his demons. Well, the three of us were out one evening visiting friends and were pleasantly surprised to find that one of their grandchildren was present. After supper, the little boy approached my husband and asked a surprising question … surprising because it was the kind of question children usually ask their own parents or grandparents: “Do you know how I was born?” he asked.

Without hesitation my husband replied:- “Yes I think I can answer your question. I am sure that your mom and dad got together in a google chat room. Then, they set up a date in a cyber café on facebook, sneaked into a secluded room and googled one another. Once there, your mother probably agreed to download from your dad’s hard drive. When he was ready to upload, they discovered that neither of them had used a firewall, and since it was too late to hit the delete button, exactly nine months later, a little pop-up appeared that said in the most adorable voice,  “You’ve got male! Congratulations.“ 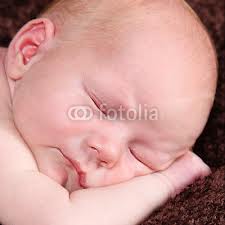 I often think back to the first 18 years of my son’s life when he was perceived as being the same as everybody else. Then, when things started to change, there were many people called him schizo, crazy, mad in his head. BUT, our family always called him by his name – Doron.

Our son wanted to get well. He wanted to love and be loved but most of all he needed the peace of mind that the rest of us take for granted. That peace of mind eluded him even though he took his medication religiously. He tried every new tablet until there were no new meds to take. So, his doctors gave him what we referred to as a ‘salad of meds’ where they mixed a few together. Later, he returned to the psychiatric hospital once a month to get a long lasting shot.