I read the following report in amazement.

Schizophrenia is a malady that can be treated. A malady? A MALADY? I have never heard of anyone calling another serious illness a malady, have you?

I am not proud of the fact that I tricked a nursing aide in a psychiatric hospital to believe that I was doing research and needed to sit quietly somewhere and observe the patients. She must have been new on the job, and complied. A teeny while lie, huh?

The aide told me that she had once heard a doctor say, ‘I don’t have time to examine him now. He’s a schizophrenic. He can wait.’ It bothered me that he used the word schizophrenic as it takes away the patient’s identity. I doubt whether anyone would describe a cancer patient as cancerous! Of course not. But, more than that, did he mean that because his patient had schizophrenia, he would be treated as a second class citizen and have to wait till the doctor was done with his other ‘more important patients’? Had he checked how serious the person’s condition was? Was it standard policy in that hospital or only that particular doctor’s attitude?

As I was getting ready to leave, the nursing aide and I chatted and then she said; ‘I have seen great courage shown by some families with mentally ill children, something that never fails to astound me, even when they are accused of giving birth to children who are violent, uncouth, loony, druggies and a lot besides. These parents are hurting and the loss they experience knows no bounds. They remain in a perpetual state of grief throughout their lives because everything has been altered in a way that most people simply cannot understand unless they too, have had personal experience of mental illness in a relative.  I believe that nobody HAS to understand it fully but they can become educated on the subject.’ When I said goodbye to her, I told her that I was one of them … one of the parents she’d been talking about and she shook my hand, then impulsively, gave me a hug.

If I were a fairy princess in a children’s story, I would wave my wand and make everyone accept the fact that every human being is deserving of attention. I have seen a video clip of man who stopped the traffic on a busy thoroughfare in the USA to let a mother duck lead her ducklings to safety on the other side of the street. I am sure that we have all rescued a dog or a cat.

I would also wave my wand over journalists’ heads to make sure that they change their language when reporting on these unhappy, people, one of them,  who was my son.

The third wave of my wand would be over researchers who are not moving fast enough to find a way to alleviate the suffering of all mentally ill people and over governments who simply do not allocate sufficient funds for research.

It’s time that mental health became top priority instead of reporting only on violence and wars. I am quite sure that most mothers will agree with me on this. 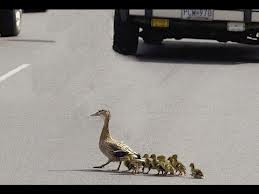 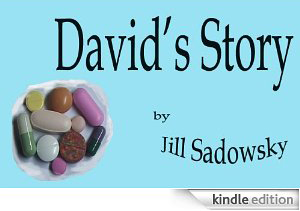